This is an announcement for the next Mega Blogging Marathon that will happen during April 2017. It is going to be only Baking and we will be A to Z Baking around the world.

If you are landing here for the first time, just to update you, we are a group of Food bloggers doing a Blogging Marathon every month for 4 weeks doing 3 days each month. However, during April and September, we do 26 days of nonstop blogging, with Sundays off.

We have been doing the Mega Blogging Marathon since April 2013,

April 2017 is special as its going to be the 75th Edition as well. We are meeting ahead in Feb to celebrate 75 months of doing Blogging Marathon.

So do join us in AtoZ Baking around the World!

Guidelines for the Mega BM are below

We need to do A to Z by dish name and from different countries.

You can repeat countries twice

Both native names or English names for the dishes are fine.

Adjectives are not allowed to be used more than 2 times (you can use for Q, X, Z.)

It can be anything baked, sweets, savories, snacks, casseroles, cakes, breads etc.

Microwave baking is not allowed. All your bakes should be done in Convection Oven only.

Majority cooking time needs to be done in Oven, not the last 10 mins

For a single day, there can only be 3 posts. 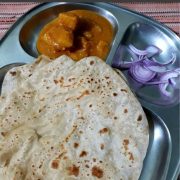