Amla or the Indian Gooseberry has rich source of Vitamin C. It has various health benefits and when consumed on regular basis, aids for a healthy life. When in season Amlas are consumed in various forms. Most common way is to pickle the amla and consume through the year.

Two other methods are to make the Amla into murabba or preserve in honey. We get two varieties of Amlas, the one very big and the other smaller variety which is called Ara Nellikai in Tamil. The smaller ones are not that sour to eat and can be eaten as a snack. While the bigger ones are really sour, though after eating it, you will have a sweet after taste.

So preserving these bigger ones in honey was the simplest way to eat them without much difficulty. We do get those sweeten amla in stores, which obviously have high sugar content in them. Preserving in honey doesn't make it sugary though the sourness gets reduced.

Lets see how we can preserve the amlas in Honey.

Wash and pat dry the Amlas.

Using a sharp knife, slice the amlas. As the seed inside will be very hard, you can place the knife and using a hard object gently pat on the top. This way you can easily slit open the fruit.

See how pretty the fruit looks!

Using the sharp tip of the knife, insert the knife and scoop out the seed in the middle.

Have the honey bottle ready. I used another honey bottle, so I didn't have to bother about cleaning, drying the bottle to be stored. Make sure the bottle you are going to use is clean and dry.

Pour the honey into the bottle, place the amlas on them

Slowly pour the honey into the bottle until you cover the entire amlas used.

Shake gently and cover the mouth with a muslin cloth.

This site advises you to keep the bottle in sunlight for an hour, while I didn't do it. Still my Amlas are good to eat. Though I would say you should use your judgment based on how your Amlas appear after preserving in the honey.
The Amlas are ready to eat after 15 days of storing in honey. If you are going to store in sunlight, keep it for 15 days for an hour, then the amlas are ready to be consumed.

How to Preserve Amla in Honey | Amla in honey preserve 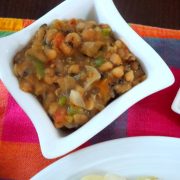