1 shares
Next, in the series of flatbread, I have a fusion dish from the Alsace region called the flammekueche (flatbread pizza). The original dish is not a fusion, meaning flammekueche is a thinly rolled bread dough spread with crème fraîche, onion, and bacon and traditionally baked in wood-fired ovens. However, the recipe I referred was a fusion by including spud or the potato. In fact, when I checked around, there is an Italian version of the Potato Pizza / Pizza con Patate that's traditional.
I stuck to this recipe as it's easier to do and not bother about proofing the dough. The dough used is a regular one with just salt and olive oil and rolled out thin.

Depending on the region, this dish can be called Flammekueche, Flàmmeküeche, Flàmmaküacha or Flammekuechle in Alsatian, Flammkuche in Lorraine Franconian, Flammkuchen in German, which means "flame cake", or in French tarte flambée, which translates as "pie baked in the flames." Contrary to what the direct translation would suggest, tarte flambée is not usually flambéed, but cooked in a wood-fire oven. Source Wiki
I am giving the original recipe as such, though I made with 1 cup flour and got an 8*8 square pizza.

Wash and peel the skin off the potatoes. Rinse the sliced potatoes in several changes of water to remove the starch. Drain in a colander. Toss the potatoes with salt and keep it aside.
Preheat the oven to 220C
In a bowl, take the flour, add salt, olive oil, and warm water and just mix into a dough. Knead the dough for a minute or two, just to bring it all together.
Roll out the dough into a thin disc on a floured surface. Grease the baking pan with olive oil, place this disc on it and make sure your pan is fully covered.
Remove the potatoes from the colander and pat dry.
Slice the onion thinly, then toss the onion slices with the potato slices and 1 tbsp of olive oil.
Season the sour cream with a little salt and black pepper and then spread onto both dough bases, spreading it right out to the edge of the dough.
Top this with the potato and onion mix, again spreading it out to the edge of the dough.
Sprinkle with the herbs and another tbsp of olive oil.
Bake for about 15 minutes, then scatter with the grated parmesan and return to the oven for about another 5 minutes. The edge will be well browned and crispy and the potato slices cooked through.
Allow cooling a little before slicing and serving. 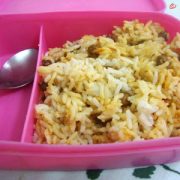 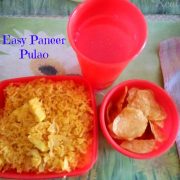