0 shares
Jump to Recipe Print Recipe
For the second day of the Tame the Yeast theme, we could either do both the challenges or come up with ideas to go with the bread we baked. So I made this Pav Bhaji as a side for the No-Knead Bread. Since it was more on the wheat bread, it tasted awesome when toasted with butter.
I have my own Pav Bhaji, which we have been making for so many years now. Though I have experimented with making my own Pav Bhaji masala as well, we mostly stick to the store-bought Pav Bhaji Spice blend and quite like it as well.
We make sure we include Pav Bhaji at least once or twice a month, depending on how we get the pav. I had even made the Pav at home and it was consumed before we could even make the bhaji. So when I was thinking about how I could get the bread used up, I landed with a different recipe. I adapted it from Tarla Dalal and it turned out good and the bread went so well with the bhaji.

For The Chilli Garlic Paste

For The Garnish
Butter and chopped coriander

How to make Pav Bhaji

For the chili Garlic paste

Soak the red chilies in enough warm water for a while.
Drain the chilies, add the garlic and blend in a mixer till smooth, adding little water. Keep aside. This gives you about 1/2 cup or so.

Heat the butter, oil in a nonstick pan add the cumin seeds.

When the seeds crackle, add the chili garlic paste and sauté on a medium flame for 1 to 2 minutes.

Add the onions and sauté for 3 to 4 minutes, while stirring occasionally.

Add the tomatoes and cook for 3 to 4 minutes, mash well using a potato masher. Add salt for the tomatoes to turn mushy.

Next add pav bhaji masala, chili powder and cook for another 2 minutes.

Once the masala gets cooked well, add the boiled vegetables and cook along with 1/3 cup of water for 2 minutes, while mashing it with the help of a masher.

Add the coriander, mix well, and cook for 1 minute.

Slit 2 pavs vertically and keep aside.

Heat a large tava, add 2 tsp of butter and slit open the pavs, and place on it. Turn on the other side, now quickly spread the pav bhaji masala on top and then remove.

Cook on a medium flame till they turn light brown and crisp on both sides.

Serve the pav with bhaji.

For serving you can accompany it with chopped onions, lemon wedges, roasted papad, and more butter if you want. 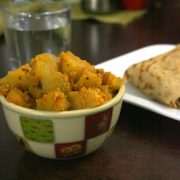 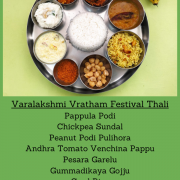