When I started checking out words for H in Marathi, I was going to dead ends in most cases. For lack of knowledge in the language, I couldn't even guess if there were dishes that start with H or ingredients as having spent some considerable time looking for H. As I had said I have shortlisted Aliv for A.

Somewhere in the mayhem of searching, I landed in the Tarladalal site that said Halim Ladoos are famous Mahatratrian Sweet. So searched what Halim was and surprised to know it was another word for Aliv. I thought halim was another word for Aliv in Marathi itself. So I went ahead to make this dish. Only later I realized that Watercress Seeds are called Aliv is in Marathi and Halim in Hindi. It is also as Haleem seeds

Anyway, it was too late to redo, so I present you with the delicious sticky Aliv Ladoo that got done as Halim Ladoo.

Thanks to Archana for parceling these Aliv seeds all the way from Goa. I planned to make it on Sunday morning, so soaked it early morning. However, I ended up getting to this by evening, by which time it soaked more than 4 hours. There were a couple of other recipes that I looked at after soaking, where they have asked to soak these seeds in milk. So I also incorporated what the other recipes mentioned by adding milk to the mix while it was getting cooked.

I adapted from Tarladalal and this recipe says, 100 gms of garden cress seeds offer 100 mg of iron.

How to make the Halim Ladoo 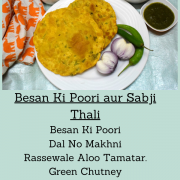