My sincere apologies to my readers who were waiting for the next edition on the Diabetes. My father was most interested to know how the articles are received. Let me continue with the rest without much ado!

In the pre-diabetic stage and for those who are potential diabetic, diet plays an important role in postponing the occurrence of diabetes to a great extent.

The 'Diet’ as we refer is extremely complicated, it is as complicated as the man himself.

It's an elaborate study on its own, so to understand and to benefit out of the knowledge gained, one needs involvement and commitment.

All of us have to eat to live but we come across some people who live to eat. Diabetics have to eat healthy food to live healthily.

There is a saying in Sanskrit “Lankanam Praramoushadham” (Fasting is the best medicine) this may be true for normal people, but this cannot be practiced by diabetics.

Another saying goes as “Koti Vidyalu Kooti Korake, which in English can be translated as "All the millions of skills a man has, is all only a means to sustenance. And even if a diabetic has millions of skills, should always be cautious about the diet.

“Eka Bhojan Maha Yogi, Dwi bhojan Maha Bhogi, Thri Bhojan Maha Drohi, Chatur Bhojan Maha paapi” which means "A Man who takes food only once a day is a blessed man, taking a meal twice a day, is one who enjoys his food, thrice a day a fraud, and four times a day, is a sinner.

But in the case of a diabetic, he/she has to divide the total consumption allowed per day, into 5 to 6 small portions throughout the day.

The diabetic has to consult a dietitian and arrive at a balanced diet suitable for him/her. While arriving at the balanced diet, one has to consider the total calories permitted per day, which is arrived at, based on the height, weight, and occupation of the diabetic (expenditure of the calorie involved)

A person with normal work of height 5.5” and medium frame may generally require 1800 KCal per day.

The food chosen should also have sufficient quantities of vitamins, minerals, and fiber. Once the types of food and the quantity are chosen, this may be divided into five to six portions, to be consumed through the day.

While calculating the calories, one should keep in mind that carbohydrates and proteins give 4 kcal per gram and fats give 9 kcal per gram. While selecting the carbohydrates (which are generally met from cereals, pulses, and roots), one has to select complex carbohydrates, so that they undergo the full process of digestion and release the simple sugar (glucose) in a slow manner. And the most important note is to avoid foods containing ready made sugars.

Proteins are generally obtained from pulses, nuts, meat, fish, and eggs. It’s always better to take lean meat and more fish and in the egg it's better to avoid the yellow.

Dieting always puts off people, so it's very important to select and make the food interesting but also meets the requirement.

So this can be best achieved by adding seasonal foods, fruits, and vegetables to their diet. And other factors like regional and racial cultures and habits, family culture, social habits, personal tastes, and personal restrictions like nature of the job, always take precedence.

While selecting the foods, one has to keep in mind, the glycemic Index, a load of carbohydrates, and a load of calories.

In the forthcoming articles, I will be discussing more on the Glycemic Index and give a more elaborate diet plan.

General Notes on Diabetes
Introduction to Diabetes ~ What Is Diabetes?
Why Early Diagnosis Is Important?
Diagnosing Diabetes ~ Different Types Of Diabetes

« Pasta with Herbs and Veggies a treat for kids ~ Guest post from the Mallu Girl!
Indian Cooking Challenge Logo » 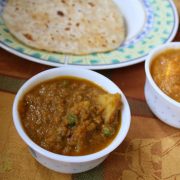 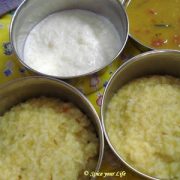 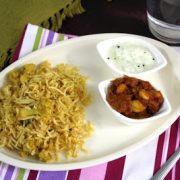 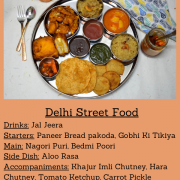 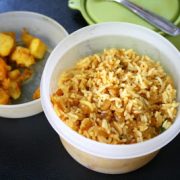