Kumbala Halwa is a sweet dish made with pumpkin and can be prepared for any festival occasions. Pumpkin or Kumbala as it is known in Kanada is a vegetable used in different ways.

This Kumbala Halwa is part of my Mega BM and I wanted something very authentic and regional. I just went with the vegetable name as what the author said and didn't really bother much to check further. Since the recipe mentioned pumpkin, I went ahead and bought a yellow pumpkin. For the Mega BM, the most cooked vegetable was surely this Kaddu or Pumpkin. Had I known that this payasam called for White pumpkin, I would have surely been happy about it.

So I ended up getting Yellow Pumpkin, which also goes by the same name. Since I had already posted a Pumpkin Kheer and a Pumpkin Halwa, I had to do something different. So the kheer was adapted to a different recipe altogether, still making it part of the regional cooking.

So which variety of pumpkin should be used in this sweet?

Well, when I read the recipe, it was mentioned only pumpkin and we mostly refer pumpkin to the yellow one that's called Poosanikkai in Tamil, Gummadi Kayi in Telugu. Kumbalanga is a pumpkin in Kanada. I finally thought maybe the white pumpkin is used in this version. Anyway, I ended up with Yellow pumpkin and came up with a new recipe.

I have used both milk and condensed milk. Milk is used for cooking the pumpkin and the condensed milk for sweetness and the richness it lends.

Kumbala Halwa is a sweet dish made with pumpkin and can be prepared for any festival occasions. Pumpkin or Kumbala as it is known in Kanada is a vegetable used in different ways.
Course Sweets
Cuisine Karnataka
Keyword Sneak In Some Veggies
By Cook Method Stovetop
By Diet Protein Rich
Dish Type Festival Sweets
Prep Time 20 minutes
Cook Time 30 minutes
Total Time 50 minutes
Servings 2 cups
Author Srivalli 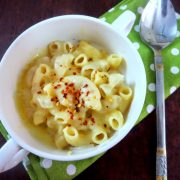