Sama ke chawal ki kheer is a popular fasting food made during festivals and other days as everyday dessert as well. This is commonly prepared in many UP homes. In Uttarakhand, it is called jhangore ki kheer.

Sama Ka Chawal is also known as Barnyard millet, Samak, Samavat, samyak ke chawal, or parsai ke chawal. In Tamil, we call it Samai and in Telugu, it is called as Samulu. Athamma was very fond of this millet and we would often include in our rice.

Since Daddy now asked us to slowly replace rice, I have started mixing some parts of the rice with different millets on daily basis. So when it came to Samai, it is a millet grown in many parts of the country and consumed in many ways too.

In the north, they make Sama ki khichdi, Sama ki idli, sama ka dhokla. In the South, we have Samai Upma, Idli, and Dosas. Though the fasting dishes concept is not common in the South, this millet is used frequently during Navratri fasting.

Since this is a delicious fasting dish, I am sharing for my Navratri Pooja.

PIN this for Later! 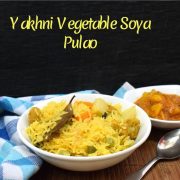