8shares
We are starting the September Mega BM, themed on ABC International cuisine. As I said for the whole of September, we will be cooking one country every day and my day one for A is Argentina.
I had initially selected something even simpler and chocolaty, however, when I landed on this recipe, I decided right away that it was going to be this. Before writing out my own list for each country, I wanted to see what my BM friends had tried for the previous themes on international cuisine. I landed in Harini’s Vegan Toras Fritas, which led me to so many other interesting posts.
Originally this dish is prepared using lard, some do it with butter, while one can veganaise this, using vegetable Oil. I seriously don’t know to remember if I had used butter or vegetable oil, however, I can suggest if you are not concerned much about the fat, you go ahead use the butter, else use hot oil to get the desired effect. 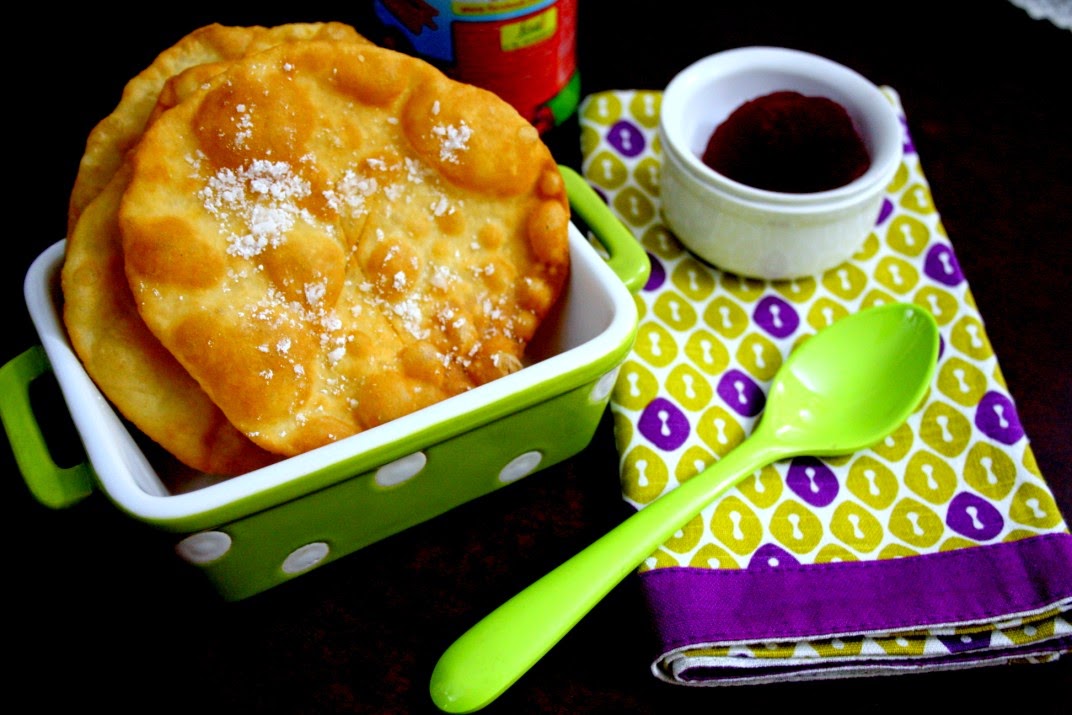 Toras Fritas is a famous street food, made using lard and sprinkled with powdered sugar in Argentina. It is especially very popular during rainy time. To be honest, these looked and taste very much like our Bhaturas, Of course, sprinkling sugar on it changes the whole taste. The only other difference I could find is, the rolled out discs are slashed in the center to prevent it from puffing out. While in making Bhaturas, we struggle so hard to ensure it puffs up. Guess the next time a Bhatura refuses to puff up, it will get served this way!
Konda simply loved it so much and wanted me to make it often. Yes her wish has been my command.
I was also taken in by the account of how this person who wrote at hispkitchen, converted to Argentine completely after tasting tortas fritas one soggy afternoon. I read that tortas fritas and mate are regarded as an unbeatable combination, particularly on a drizzly, chilly day that demands a simple, comforting treat that’s quick to prepare. It’s said that the custom of drinking mate with tortas fritas on a rainy day can be traced back to the gauchos who, when camped together out on the pampa, would gather rainwater to prepare the dough.
Anyway even if you don’t have mate, a hot chocolate or coffee would still be a great accompaniment. However after I made these, I realized one could simply devour this in no time!

Making the dough for Tortas Fritas Tortas Fritas
Country: A for Argentina
Category: Snack
Preparation time : 10 mins
Resting Time : 10 mins
Cooking Time : 15 mins for 10 Tortas Fritas
Ingredients Needed:
All purpose flour - 2 cups
Baking Powder - 1½ tsp
Salt - 1 tsp
Butter, melted - 5 tbsp
Approx. 2/3 cup warm water
Vegetable oil for frying
granulated sugar to sprinkle on top/ powdered sugar
How to make the tortas fritas
In a large bowl, mix the flour, baking powder and salt.  Add melted butter, combine well. Slowly add the warm water and mix until the dough comes together. Knead till you get a pliable dough. Add water slowly to ensure you don’t make the dough sticky.
Turn out the dough onto a lightly floured work surface, and knead for a few minutes until the dough comes out smooth and uniform. Divide the dough into 12 pieces, and form the dough into balls about the size of a large walnut. Allow the balls of dough to rest on a lightly floured surface, covered, for 15 minutes.
To shape the tortas fritas, flatten the ball of dough with your palm, and roll out a disc about 1/8 inch thick. Cut a small x in the center of the dough with a sharp knife.
Heat the oil in a deep pan. The oil must be very hot to ensure quick frying and minimal absorption of grease. If the oil isn’t hot enough, the tortas fritas will turn out greasy and heavy.
Drop two to three pieces of dough into the hot oil (depending on the size of the pan), and fry on one side until golden brown (approximately 45 to 60 seconds). With a pair of tongs, flip the tortas fritas over and continue frying on the other side until golden brown (roughly the same amount of time).
Remove the tortas fritas from the oil and drain on paper towels. Sprinkle with sugar and serve hot.

Notes:
The dough needs to be stiff and not very loose. This is very much like the Bhaturas, so if elders don't want to enjoy with sugar, you can serve with Chhole. However, I suggest you do it.
Unlike Bhaturas, these should not puff up, so remember to mark the centers.
Though you may not be left out with much to store, you can store these in an airtight container for one more day.
If you want to veganaise this, add vegetable oil instead of Butter.
You can serve it as such or with jam. 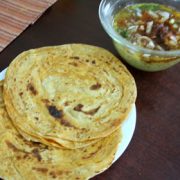 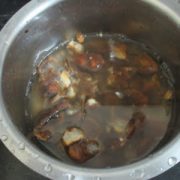