6 shares
Jump to Recipe Print Recipe
And we are in Gujarat today! Though I hadn't visited this state until a year ago, the Gujju food has been quite common on my menu. Or at least going by the many challenges I have done on Gujarat, one would think I have been partial. It was just that I had access to more gujjus, than with other natives.
Anyway until recently, I wasn't really aware of the different sub-regional cuisines and different dishes that belong to the separate regions. Just as we have different styles of cooking, specific to each state, Gujarat has as well. I was able to understand this much better after Vaishali did her Gujarati thali.
From what I read in Vaishali's post on Kaathiwadi Thali, the cuisine is divided into four parts, Kaathiwadi, Gujrati, Surati, and Kacchi. As expected every district has its own variety and menu but only some are popular. Even though there are so many different cuisines, the basic Gujarati thali remains the same. Just as how it is in other parts of Indian, the everyday meal is always a Daal-Bhaat-Rotli-Shaak or the Dal and Rice, with Rotis and curries. While Toor dal is used extensively in Gujrati, while Kaathiwadis make a different daal everyday. 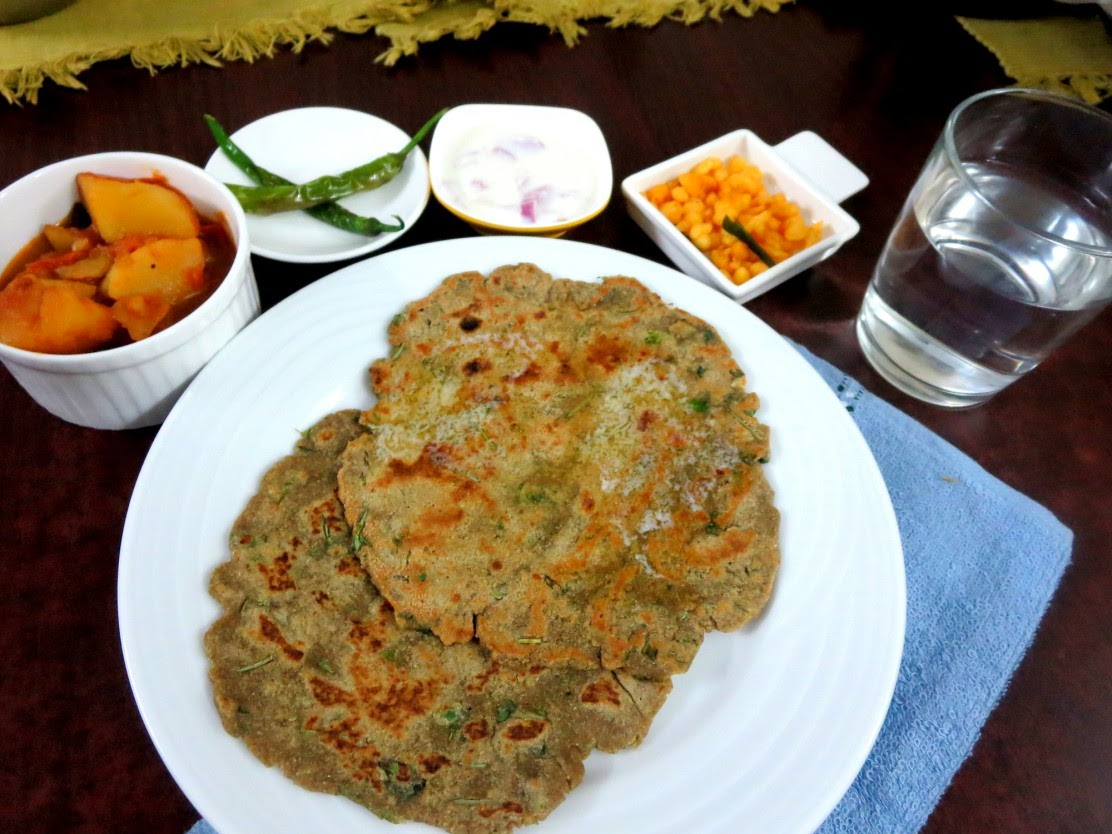 Reading about what Vaishali says about how a Gujju lady traditionally goes through her day, it reminds me so much of what I have seen Amma doing, during my growing up years. Just as how it is our side. A cooker or simply a vessel, with dal and rice cooking together!
And yes it's quite common to add sugar to their daal, Shaak or Kadhi. The funniest thing Vaishali wrote about asking her friends, what if a person is diabetic. She was told that they would use less sugar!
Coming to the Rasawala Bateta nu Shaak, it literally means, Potato Gravy, where shaak means curry.
When we had traveled to Ahmadabad and met Vaishali's friends, the most interesting and cute thing was, Vaishali introducing us to her friends, and on second thought, telling oh yes she is a gujju and she is a Rajasthan. Unfortunately, when I went, I had already done with my Gujurati post and so was able to confirm if what I did was right. So yes I was happy I followed their method.
I had decided on Bajre Ka Thepla, and had finalised a recipe as well. Then I was talking to Vaishali on how exactly it should be. She said the recipe looks good, and I could add the green chilies. A Gujju plate is incomplete without this. And yes it worked out so well because Hubby dear was surely happy seeing it. Infact Athamma does this so often for our dals.
And coming shortly after another Bajre roti, this was very much loved as we loved the bitter fresh methi leaves and the gravy, which is always a hit. How to make the Bajre Ka Atta

Make a fine paste of green chilies, ginger, and garlic.

Take the flours into a wide bowl, add coriander powder, spice paste, salt, oil along with the cleaned leaves.

Slowly add the curds and mix well. Knead to a soft dough and keep it covered with a wet muslin cloth.

Once you are ready to make the rotis, grease a plastic sheet with oil. Divide the dough into equal balls, pat them down.

Heat a tawa and transfer the roti onto the hot tawa and cook on both sides.

Top with butter and serve hot. Saute the green chilies in a teaspoon oil and sprinkle salt over it. Cook and toss around for a while, till the green chili is cooked and turns colour. Heat oil in a non stick pan. Once hot add cumin seeds and dried red chili. Saute for a couple of secs. Then add hing and turmeric powder.

Now add the boiled potatoes coated with the masala.

Cover the pan and cook it. Bring to boil and simmer for 10 mins, till the gravy becomes thick. You can use raw potatoes and cook it as you make the gravy. MW makes this very simple and easy to make. Jaggery/ Sugar is added to a typical Gujarati gravy. I skipped it.

Instead of Tomato, some use tamarind as well. 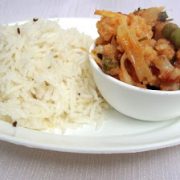 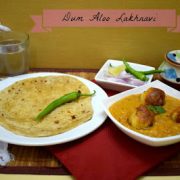 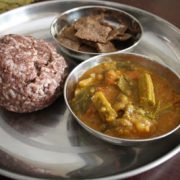 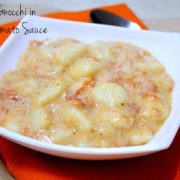 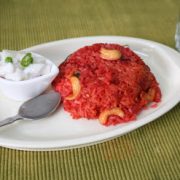