Paneer Tikka has always been one dish that I never fail to order when we eat out. In fact, if I remember right I have tried to experience how differently Paneer Tikka tastes in as many different places. Best has been in the ones I have enjoyed in Tandoor, which were really huge pieces yet so succulent, juicy, and soft! In other places, it used to be real spicy and yet soft still.

So I always used to related to soft Paneer Tikkas whenever I eat this. Yet there have been occasions when it was served quite hard. I was delighted that my daughter shared my passion for Paneer Tikkas. And trust me, spicy in Tikkas are not spicy for her. She can easily eat a couple of those real spicy ones, still claim them not being so spicy.

I already have a recipe for Paneer Tikka, that I had done on the stovetop without a Tandoor Oven the recipe is completely different from this recipe, which was shared by the MW Chef. And the fact that I prepared this Paneer Tikka in both "Only Micro Mode" and in Combo Mode of Convection + Micro Mode.

The difference between these two modes was that the Tikkas made in the Combo Mode came out soft and crisp on the top, while the Tikkas in the only Micro Mode, came out a bit harder. Of course, if you ask me, I won't mind either way.

This serves as a delicious starter and a great dish for Kids.

The below picture is made in Microwave Mode:

Mix the Paneer cubes along with Onion, Capsicum, Tomato pieces with the marinade and keep it aside for 15 mins. Then Micro the marinade for 2 mins for the masala to get cooked.

Then using toothpicks, cube the paneer cubes along with tomato, onion, and capsicum and micro for 1 - 2 mins in micro mode.

This is done in combo mode, where the same marinade is used and using toothpicks, club the paneer, and rest. Preheat the oven to 210 degrees and then in Combo mode using Convection + Microwave mode, cook the Tikkas for 15 mins.

Made a marinade of hung curds, ginger garlic paste, cornflour, garam masala, red chili powder, salt, cumin powder along with oil. Add Kesar powder if you are using it. Mix the paneer, onion, tomato, and capsicum into this marinade. Keep it aside for 15 - 20 mins.

In a microwave-safe bowl, cook the marinade for 2 mins.

Then using toothpicks, insert the onions, capsicum, tomato with the paneer in between.

Pre Heat the oven at 210 degrees, then switch off the oven

In a microwave bowl, micro the marinade for 1-2 mins.

Arrange the Tikkas in a Toothpick.

Then switch to Combo mode by choosing Conv + Micro Mode, arrange the Tikkas on the tray, and cook for 15  to 20 mins. 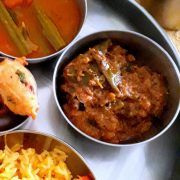 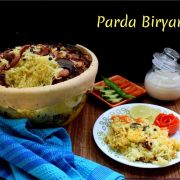